Symphony of Death Part 3: Blood and The Rose 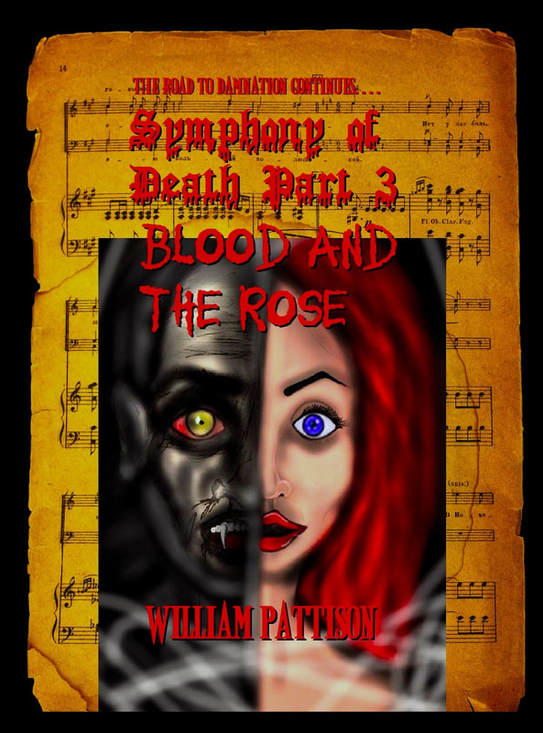 Blood and the Rose
Rose Red is a prostitute working the streets in the darkest section of the city of San Mareno. She has been warned that there is a serial killer out killing prostitutes, but she doesn’t care. The truth is Rose has lost her will to live since her child was taken from her and she craves the peace that death brings. But when a John gets rough with her she is saved by college professor Terrence Vance. After Vance offers to pay for her time so that they might both relax and recover from the incident. Rose agrees. But soon after Rose finds out that her savior is more than he appears to be. He is a vampire.

Blood and the Rose is a thrilling tale of death, terror, blood, passion, and rebirth. In the hands of the King of Splatter Punk William Pattison the monster that is a vampire is given humanity in this tale of a beauty and a beast.

Now available in Print and Kindle....