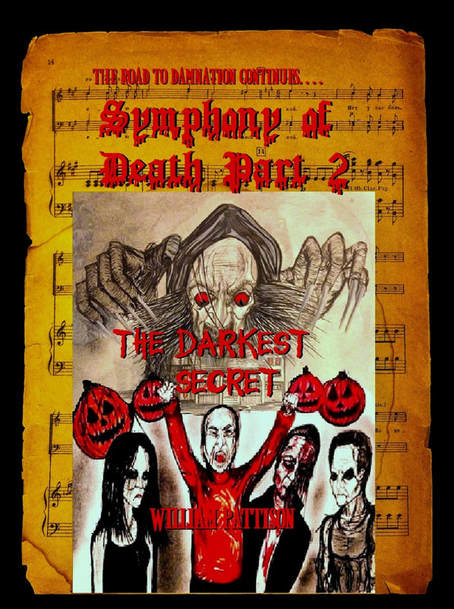 The Darkest Secret
Welcome to the town of Heaven’s Garden. It is a town out of time. Gareth Freeman has come to this out of the way place to get away from his past, but his past has followed him.
A waitress in the local coffee shop tells him that he can find a room at the home of Mama Alice. Gareth goes to Mama Alice and she offers him accommodations.
It is Halloween but it is not an evening of fun for Gareth when a strange man comes to the door and grabs him. The man tells Gareth that his judgment is coming. After that things get strange. Gareth starts having frightening visions which eventually leads him to the darkest secret of all.

The Darkest Secret combines a cautionary tale with intense psychological and spiritual terror along with plot twists and turns that are the hallmark of horror author William Pattison’s art.

Now available in print and on Kindle